The City of Bend and Bend Parks and Recreation District invited the Central Oregon Intergovernmental Council (COIC) to convene an Advisory Committee to identify a preferred fish passage concept that aligns with community values articulated in the 2015 Community Vision for Mirror Pond and Downtown Bend.

The Advisory Committee is charged with a very narrow scope: to focus exclusively on fish passage options for the purpose of offering a recommendation. Other elements of the 2015 vision, including dam removal, fall outside of the scope of this project.

Advise Rather than Decide

The committee is purely advisory in nature, and will not be making a decision. Rather, it will identify a preferred fish passage concept based on criteria established by committee members and forward this recommendation to The City of Bend and Bend Parks and Recreation District.

COIC anticipates facilitating up to six Advisory Committee meetings from May through October 2021. All meetings are currently planned to be hosted online and will include time for public comment. Once a preferred fish passage option is identified by the committee, one meeting will be dedicated to sharing the decision with the public, answering questions, and soliciting additional input.

Mirror Pond is a long-standing icon in the Bend community. For over a century, this area, coupled with Drake and Harmon parks, has served as the community’s central park, offering a venue for special events, recreation and relaxation. However, the pond acts as a settling basin for sediment flowing down the Deschutes River and from City of Bend storm water outfalls. Thus maintaining Mirror Pond involves the ongoing expense of dredging and active maintenance. Various groups organized by the City and BPRD have been studying this issue since the early 2000’s, including the Mirror Pond Management Board, the Mirror Pond Steering Committee, and the Mirror Pond Ad Hoc Committee.

In 2013, The City Council and BPRD Board of Directors resolved to pursue the preservation of Mirror Pond and further assess related costs, and to hold discussions with PacifiCorp about the future of the dam. Prior to the current effort, a series of community discussions regarding the future of Mirror Pond were launched in 2015. At that time, Pacific Power, the owner of the Newport Dam that forms Mirror Pond, was exploring dam removal options. Subsequent community meetings identified a range of related substantive issues and social values. For example, sedimentation, impacts to recreation, fish passage, aesthetics of the park, river hydrology, and potential impacts to adjacent property are just a few of the issues that were identified.

These community discussions culminated in the “Community Vision for Mirror Pond and Downtown Bend”.

The Vision outlines the community’s general aspirations for the Mirror Pond area, which characterizes the vision as a “middle ground” between the “status quo” option of dredging Mirror Pond and the “natural river” option of removing the dam to allow the river to flow naturally.

In 2019, the City of Bend and the Bend Park & Recreation District adopted Resolution 3165 and 430 that describe conditions for collaboration between the City and BPRD to contribute to the preservation of Mirror Pond. COIC will convene the short-term Advisory Committee to identify a fish passage solution at the Newport Dam.

At this time there is no change in the status of the dam’s ownership. The owner of the dam retains authority of the structure’s continued use.

Members of the public are strongly encouraged to attend.

There will be a presentation from River Design Group and an opportunity to submit comments regarding the scope of our project. Members of the Advisory Committee will be in attendance.

Please submit public comments through our form through this link here. The form will be available until February 17th.

All meetings are open to the public and will have the opportunity for public comment. Those who would like to make a comment can join the zoom link provided on the website and the agenda. Guests will be prompted to raise their hand via Zoom during the public comment portion of the agenda. 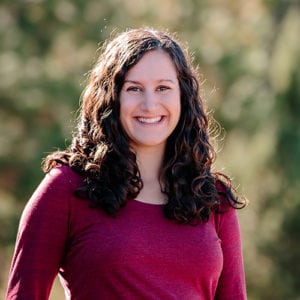 Gena was elected to Bend City Council in 2018. During her first two years on council, she has focused on the intersections of equity, transportation, smart growth, climate change and environmental stewardship.

Gena grew up in Portland and attended Colorado College, where she studied political science with a focus on international conflict resolution. Upon graduating from college in 2006, Gena felt pulled back to Oregon and landed in a community organizing position in Bend. She quickly fell in love with Oregon’s high desert landscapes when she began working for the Oregon Natural Desert Association (ONDA) in 2007 and is now the director of ONDA’s stewardship and restoration program. 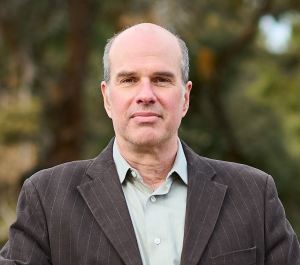 Nathan Hovekamp is currently on the Bend Park & Recreation District Board and has previously served the community on the City of Bend Planning Commission and on the Bend-La Pine School Board. He is a biologist and educator with experience in college biology instruction, environmental conservation, and in natural interpretation and resource management as a seasonal ranger at state and national parks and forests. Nathan has a BS in biology, an MS in zoology, and a PhD in education. He has lived in Bend since 1997 and enjoys exploring Oregon’s magnificent high desert, mountains, and coast. 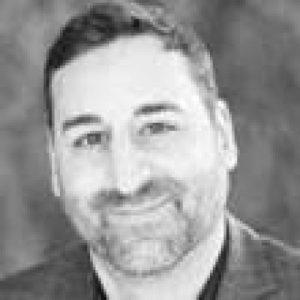 Matthew Chancellor is the regional business manager for Pacific Power in Central Oregon covering Jefferson, Deschutes, and Crook counties since January, 2017. In this role he works with the entire community as well as manage the accounts of Pacific Power’s large commercial and industrial customers.

Passionate about energy, Chancellor worked for MidAmerican Energy, Pacific Power’s sister utility in the Midwest, for 15 years. He served in distribution engineering, system operations, and key accounts where he managed a team for the company. He studied engineering and business at Saint Ambrose University located in Davenport, Iowa. Matthew is married with two children and his family loves the outdoors, fishing, biking and is happy to live in a community that shares his families passions and enjoys amazing histories and equally compelling futures. 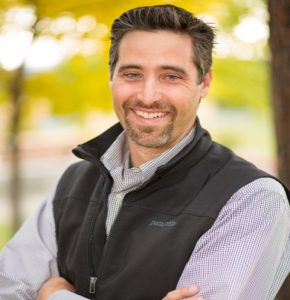 Kris has spent the last 20 years working in the field of natural resources on issues related to rivers and watersheds. Kris started his time as Executive Director at the Upper Deschutes Watershed Council in 2019 and lives and works from Bend. Before that, Kris worked 11 years for The Nature Conservancy as a Project Manager and Conservation Director. For seven of those years, Kris worked in the Skagit River Valley in Washington State, managing
collaborative projects and finding common ground between salmon habitat restoration
efforts and agricultural interests in the Puget Sound region. Kris holds a B.S. degree from Drake University and a M.S. degree in Environmental Science from Iowa State University. 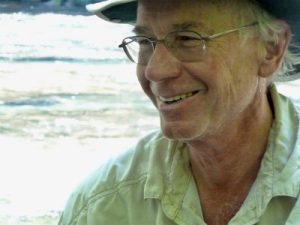 Mike is  a retired physician who has been involved with many fishery and water related projects since moving to Bend in 2002. He currently serves on the boards of the Deschutes River Conservancy and the Deschutes Redbands Chapter of Trout Unlimited.

December 17, 2021: The committee has secured funding for the first phase of technical input. They are pursuing Fish and Wildlife National Fish Passage funds for the second phase. The committee is expected to meet in March 2022 to review the engineer’s scope of work. More information: